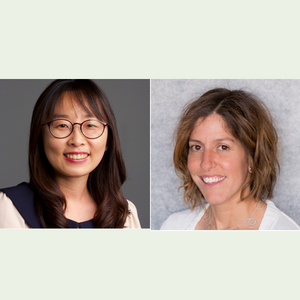 Seulgi Moon was awarded the American Geophysical Union’s Luna B. Leopold Early Career Award, which recognizes early career researchers that have advanced the field of Earth & planetary surface processes. Along with this award, she will deliver the Robert Sharp Lecture at AGU’s Annual Meeting in December.

Kamini Singha was recognized by the Society of Exploration Geophysicists with the Reginald Fessenden Award for her technical contributions to geophysics. She will deliver the Paul A. Witherspoon Lecture at AGU’s Annual Meeting, which aims to recognize mid-career scientists in hydrology who are making significant contributions to the feld through their research & mentorship of young scientists.